What is my passion? I really love drawing cute animals. I have a whole sketch book full of animals. I have an activity book called “Draw What?” It has unfinished drawings in it that you get to finish off and also pictures to colour in. I found it really fun so that’s when I had…
END_OF_DOCUMENT_TOKEN_TO_BE_REPLACED

Today we learnt how to get the photos from the PS cam to our laptop.

On Tuesday we did point and shoot cameras. Here is my vlog talking about the rules of P.S CAMS.

Hummingbird? What is hummingbird? Hummingbird is basically micro bit combined with MaKey MaKey. There is lots of different parts here are a few. The motherboard, cords, lights, colour sensor, ultrasonic sensor, a micro bit, LED’s, motors and wheels.

The first thing we did was find a partner and get onto the home page. Oscar didn’t have a partner and neither did I so we partnered up together. On the homepage you have to pick between two motherboards. The hummingbird bit is bluetooth. The hummingbird duo needs to be plugged into the computer by USB at all times. You would use the hummingbird duo for something that has moving parts but still stands still. Oscar (B) wanted to make one of the many project ideas on the portal that have tutorials with them. So we pick the rover because it was like a car and we actually get to drive it around!

I added a magic touch to it and turned the driver into a cat! Then Oscar saw one of the little machines you could make to go with the robot. The one that stood out for Oscar was the winch. Which would wind a piece of string in and out kind of like a moving tow bar.

When the teachers told us that once we had got our first robot working we could just add more cool stuff onto our one that worked instead of making a completely new one. So that’s when the idea popped into my head ( well Oscar also helped me with this idea! ) My Idea is to put the tow bar thing on the back ( expect not moving ) and attach it to a little cardboard trailer or pen thing, that has no wheels by the way. Then put a kitten in the trailer or pen! Oscar agreed! So while Oscar worked with the hot glue on the actual car bit ( because hot gluing isn’t really my specialty, ) I got to make a cat, a kitten and a trailer pen. I started to code the cat to have a lit up nose! Oscar decided to put a ultrasonic at the back as well so then if it saw something in front it would go back and if it saw something behind it, it would go forward! This Wednesday has been more of a building day but I will be back to you  on 7th of November 2020! BYE FOR NOW

ALERT: Just so you know this blog goes over 3 days!!!

My video. The file was to big to embed, so here is a link. If you have trouble accessing please let me know.

Before we got our drones working we were working on these coding challenges on the TELLO EDU app. I was doing it on my I-Phone and Annie was doing it with me. We completed up to challenge 10! 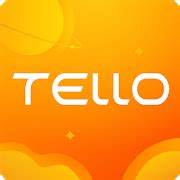 One of the hard challenges was to pick up a gun and shoot it at the bomb so the drone wouldn’t blow up! It had lot’s of tricky obstacles at the start and we kept failing it but we did it in the end. 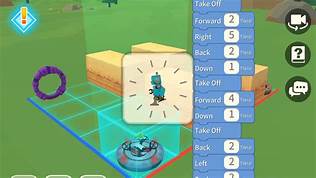 Then we tried to get Scratch 2 working so we could get a chance to fly them for real not just in digital! But we ran out of time and I had to go to swimming so that was the end of drones for that day. 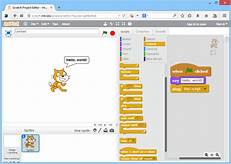 On Wednesday Sophie and I met Boby. Boby is a TELLO DRONE! We used my iPhone to connect to her. Boby gave the rainbow light signal and we flew her higher and higher into the big blue sky!

Sophie and I took turns flying the drone around the school. Up above is some of the video we took. When Sophie had her first turn flying Boby around she sort of crashed it into the tree…… but don’t worry because Boby is the master of dodging and she didn’t get stuck! I panicked so much 😱 but afterwards I couldn’t stop laughing 😂!!! Sophie made me promise not to tell anyone. SORRY SOPHIE! Anyway when I first got hold of the drone Grace W and Sophia wanted to be in the video. They were dancing and doing cartwheels it made me very happy!!! 😊

Then sadly Boby went flat so Sophie walked back to the class room to get a new battery ( one that was charged. ) In the meantime Boby still had a bit of charge so I went on the playground with her and that was when I got my big idea! My idea was to use the drone to film Sophie and I doing different things on the playground but you can only see our legs so it looks like we are taking a video of ourselves with a phone or something like that. In case you are wondering where I got the idea from I got it from an add that’s about a holiday booker app it has lots of photos where you can just see the persons feet. There is also a video of someone going down a water slide but you can just see the feet. So it looks like it’s from the persons eyes because we can only see our feet when going down a water slide. It worked on the Monkey bars but not so much on the slide.

You might know that Monday the 23rd of November 2020 was not the best day to be flying drones about. So you might be thinking what were we supposed to do instead. Since we had already done all the challenges what was up for us that day. Well that’s exactly what I was thinking that day when I walked into school. Mr McKie told us to have a go at this online drone coding challenge called drone dash. The code was very much like scratch here is what the sprite drone is.

I made up quite a few inventions with the coding program that I was very proud of.

See In 2nd Half Of Video!

Thank you for Reading Fun With Drones and be sure to look out for my next blog HUMMINGBIRD?

On Friday I had my first day of Sphero! Sphero Explained Sphero is a company that makes robots.   The SPKK. One of the robots we are mostly working with in Sphero is the SPKK. The SPKK is a sphere shaped robot that can drive in all directions. You can use the Sphero Edu app…
END_OF_DOCUMENT_TOKEN_TO_BE_REPLACED

My Rube Goldberg Machine is the automatic piano player when the marble hits the car the car will hit the hot wheels sling shot which sets a pulley to drop a lock on the button that makes the song play. It took 29 takes maybe 32 not sure really i repeated the same number 3 times! Often it was the same thing that didn’t work and the thing was the meant to be the easiest thing in the whole machine. There was a lot of domino setting up and i got really frustrated and started to pack the machine up three times but i eventually got there in the end. I think machine is great for when you want some tunes because it changes every time to a different song! I am now going to start working on a grape feeder machine in the holidays! I can’t wait to get started!

I HOPE YOU ENJOYED MY BLOG AND REMEMBER TRIAL AND ERROR ARE THE KEYS TO A GOOD MACHINE!

For the past few weeks Kaylee and I have been teaching each other things to do on Microbit and we have been doing well. We came up with a circus idea but then we decided that since we are going back into home learning that we will change the idea and make a hide and seek two player game but there’s three Bit Bots. The Bit Bot that is all white is called Jeffrey and the Bit Bot with all red is called Jerry and the one with white and red is called Jill, they are brothers and sisters. How well did we do? We did a pretty good job but when we tried the pyramid trick Jill couldn’t go over Jeffery and Jerry, also we were worried that the motors would break.That would mean that we won’t have three BitBots then our plan would have been ruined so we changed our idea and this is how we found that idea. I was looking through some more tutorials and I found Bitbot hide and seek so that’s how we ended up with circus themed hide and seek instead of just a circus. It was a bit sad because we thought the circus idea was really cool and it would have been so much fun! Anyway, the day finally came for us to film our selves playing Bitbot hide and seek. Because of home learning we wouldn’t be able to present so we took a video of it. But it got lost so we made this video out of the photos we took and the one video of Kaylee driving Jill. The video is below.

With what we have learned and the knowledge we have found, we really want to start a Bitbot cup with different obstacles and we might even be able to use our hide and seek game in the cup if we ever get enough people to join!

Thank you for reading to our blog it was very fun making this project and we hope you enjoyed hearing about it!

My MaKey MaKey passion project is called take you on my holiday again. I changed my mind I was actually going to do facts on Europe which is my favourite country to go to and I already know a bit about it but then I got the idea how I could recreate one of my…
END_OF_DOCUMENT_TOKEN_TO_BE_REPLACED

The word i will be talking about today is Mishap. Mishap means an unlucky accident. Mishap is actually the two words mis and hap and they date back to 1300. There are three synonyms for the word mishap; they are misadventure, misfortune, mischance. I chose this word because i like talking about accidents which is…
END_OF_DOCUMENT_TOKEN_TO_BE_REPLACED