Have you ever wanted to know what it’s like living in Vic, Australia?

Ruby and I are trying to show you the amazing and colourful Victoria. In some of the photos there are meanings and some they’re questions.

If you want to know more. We will keep you up to track as to what we have done and what is coming.

Lately Ruby and I have just finished all the research and are finally up to editing and choose the photos that we will choose. What we have already done is edited a few photos that we might choose. Ruby and I haven’t had a lot of time to do it together lately but when we get free time we work on as much as we can. Things I have found hard so far is trying to get the right photo to use. Things that I have liked so far is that  I get to work with old photos that ruby and I have taken and might of forgotten. The next thing we have to do is keep editing the photos and then put them on our computers and put them in corel and edit them together.

This term we got given a project to give your voice to one of the SOS10 animals.

After we got given the task we had to go away and chose an animal to do. I then chose the Asian Elephants, after we had chosen one we then had to do research to find out more about the animal we had chosen. After that we had to start to write our script, when we where writing our script we had to use the facts that we found out from doing the research. After we had done our script and had the teacher check it and everyone had finished it was time for the Excursion to the Zoo. At the zoo we had lots of highs and a few lows, here are some of the highs:

The low was that it was a little rainy so it was a little cold at times but that didn’t change a thing. The only problem that we came across was the rain but we just waited till it passed and it didn’t take long so that was good.

After we got back from the Zoo we where in the editing process. The success in the editing process was that corel wasn’t playing up on me while the editing. But the thing that  wasn’t great was the I didn’t get to do my P.T.C at the Zoo because when I was filming it at the zoo  it stop half way though filming, So I had to do it on the green screen at school but it wasn’t that bad it worked so. After we had finished out first draft we had to share it with 5 peer and they would give you feed back on the thing you needed to change and the things they liked. after that we had to go back and changed the things that needed to be changed. We then had a little bit to finish everything and then our finial product was due, when it came to finish day we had to put our finish product on our desk top and half it with a sticky note so people could write the things they liked.

This is the feedback I got for my finial product:

I love your P.T.C and your facts are strong! Good job -sophie

your P.T.C is really good and your message is very clear well done-elsie

your voice overs are really good and your music really matches the mood and it makes you care about the animal. — Emily F

You had a really clear and strong message and it made me care about your animal. Great Job -Issy

I really like your voice overs Harriette and your footage. Good job – Phoebe

The music suits the message. Your voiceovers are clear. The footage/images are really powerful. – Abbi

Your music is really good and the ptc is really good. I like all the detail you put into why they are dying and your voice overs are really clear-Emma

Your music is great Harriette. Your voice over is very clear at the start and your language is great. Your script is very affective and makes me care about the Asian Elephant!! – Aimee

During the time we had to do this I had a lot of fun being able the go the Zoo and film it ourselves.

This is my finish product of my film:

These apps are all free from the app’s store.

Ruby and i have already started to edit some apps that we might use but we are not sure yet. Ruby and I are still to decide what the story will be about.

Here is one of the app’s.

This term we all have decided to do Digi  Amaze Us again. I will be working with ruby again this term, we are doing some like last term but different, what we have been thinking we will do is we will get loads of good photos that we have taken around where we live or anywhere or of people, then we will put it in Corel and maybe make a story to go in the back round but also add some music to go with the photos. When we are doing all the editing we will use different apps not just one, we will also use some cool affects from Corel. I can’t wait to show you guys what the finish product is.

At the Start of this term we got told that we have a client.  They where from Geelong and Bellarine Tourism. They wanted to get videos of thing kids love to do in Geelong. Then we did some research on this place, they have a YouTube channel so we went and looked at some of the videos they have made so the ones we where going to make where different. Then the teachers told us where we where going and when.

6A) Went to Super tramp and Torquay.

6B) Went to Leisurelink and Balyang.

After we found out the places we where going to, we also got told our partners and our filming crew. My group was Alex. The other people in our group where 2 people from 6B and 2 from 6A. The people from 6B where Ben and Steven, 6A was Camilla and Zoe.

Next it was the day to film I wasn’t here for this because I was away so Alex worked with Gus and Campbell. So they could get the filming done But Mr. Henderson Helped with the filming as well. Then when they got back they had to go though all the footage that they got. They had to go though and delete all the bad footage and keep the good parts. Then they put it in Corel and edit the footage. Then add a backing track or music. When it was getting  to the end of the time, we had to share our footage with everyone, they would score our final edit and put feedback on the sheet so we would know what to change after. For the first feedback I wasn’t there But the second one I was, when we where sharing we would put our computer on a table and place our sheet beside it, when people watched our video’s they would score the video and then they could put a comment about the video, you would put something you liked and thin

gs you think  they should change or add.

24 Silly Selfies, 1 Crazy Story And 2 Great Authors.  Ruby and I are so excited to show everyone what we have been working on.  I can tell you it will shock you haw silly some of the photos, the photos will show bits of everyone personality. if you want to here more you will have to wait 1 more wee. 1WEEK, I know its a long time but it will be worth it.

For the last week Ruby and I have been doing lots of research of Quilk the app we will be using. The Research that we have done is on how the app works and the music and the affects that you can use. We haven’t yet started to write the story but that is the next thing to do. We have officially got every ones apart from 2 peoples. But we will get started on the story and if we don’t get them all that’s all right. We have also put some names down for the affects we might use and some songs but we might not need songs because of our voices from the story.

Hope you guys are Excided because I am to see the finished Product.

For the last 2 weeks we have had a project called Building Views. What we had to do is  fill in a sheet by using a grid that was on the top of the page, after we found out the answer we had to draw what it looked like from a side view and on a front on view. My partner at the start of ruby then for the second lesson I was away so my partner when with Emma, when it came to the next lesson I started to work with Ruby and Emma. They had nearly finished all of the second task but I joined in and figured out how to do it.  For the second task we had the find out the Minimum, Maximum and the Variations. To find out what the Minimum was you had to try and take away as many as you could with out if looking different. The Maximum was try and add as many as you can with it looking just like the side and front view, and the Variations is how many places you can have with it looking the same. After you had don’t this we had to go and show Mr. Henderson. I loved this active but it was a little harder as we got more into it.

Last term we had a project called Digi-Amaze Us. We all loved it that much that out teacher wanted us to do it again. What we have to do is you can get a partner and then you have to choose something to do yours on and the get a Digital app. We have till the end of the term to get it finished then at the end will show everyone what we have done.

My partner is Ruby we have chosen to use a app called “Quilk” we are going to get  silly photos of everybody in the class then put them together into a video, we will put music in the background as well. 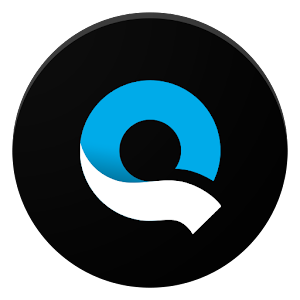 We are still going to use Quilk but then are going to put the photos that we made in Quilk and do the voice overs in Corel.

Ruby and I have come up with a better idea because we didn’t think that we where challenging ourselves as much as we could. Our idea is to still get silly photos of everyone in the class, but then after putting the photos in Quilk we will put them on a computer and put them in Corel so we can do the voice overs and do all the editing in there.