Readers, this is my reading task this week, I will be answering these few questions and explaining, why, who, how, when, what.

Next week we have Book Week. What was your favourite story / book when you were younger? Find the book/ story, answer the following question and have it ready to bring next week to share with the class.

This week I am giving you an update on how my passion project is coming along, I will be telling you what has challenged me, what I 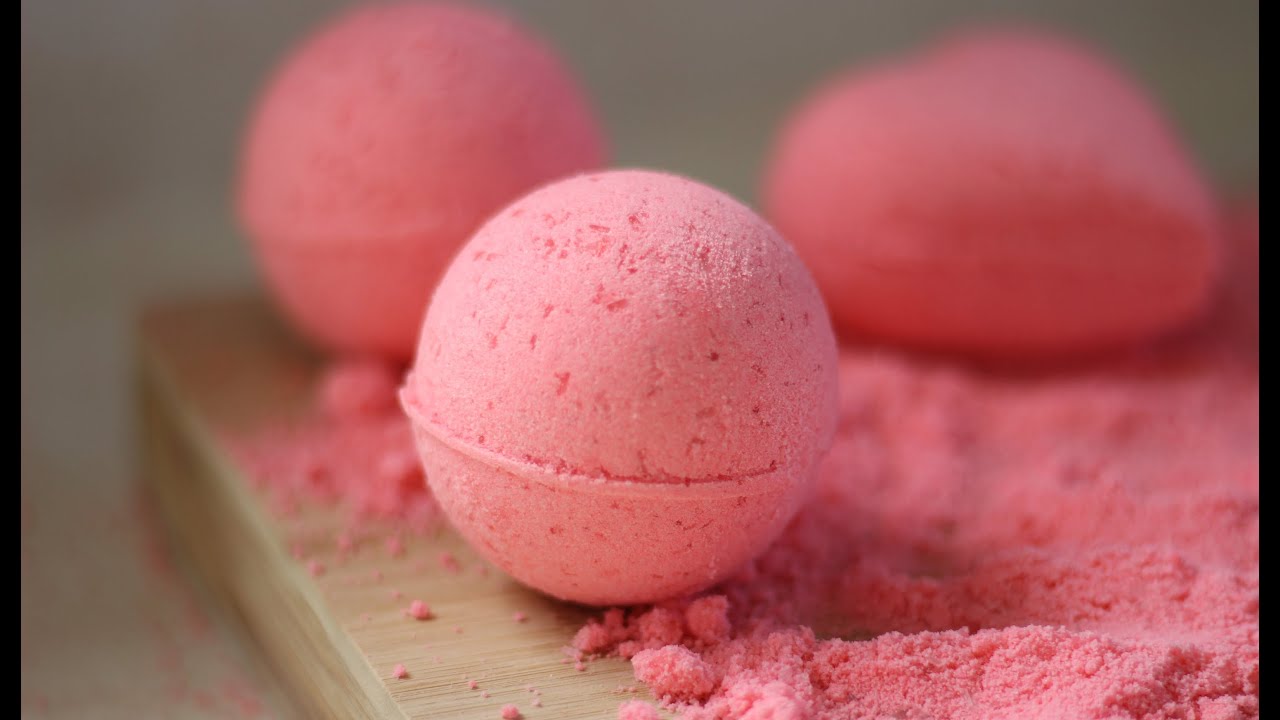 have enjoyed and where I am at.

I just started my film tonight, I had all my ingredients [which I made my mum get] and I put them in there bowls. I was all ready to film,[ I didn’t think the watchers would really want to see me putting the ingredients in] on the recipe it didn’t say how much food die I had to put in that was my first mistake too much food die. Second mistake, the second mistake I made was instead of putting 3 teaspoon of water in I put 3 table spoons, and that made the mixture really wet. The mixture is meant to be dampish so you can make a ball but not wet. The third mistake I made was blow drying all the mixture, which stunk out the whole kitchen.

The best part of the experience was went I put the wet mixture under the tap, it fizzed and popped just as it should, I also have a good idea now, to put glitter in to make the bath bomb really shiny when it is fizzing away in the bath.

So now I am up to, filming another time and trying to get it right, I know what to do and now what not to do. I hope you enjoyed my explanation of me making bath bombs and stuffing up 3 times. This week I have decided what I am doing for my Passion Project/iproject, I have decided to show how I make bath bombs. I absolutely LOVE bath bombs, and whenever I get them I get them from Lush, Lush is a cosmetics shop with hand creams, moisturisers, Bath Bombs, Lip Balms, Soap, Perfume and every Bathroom related cosmetic you can imagine. And all of there products are animal tested free, and they are really organic, like inside the bath bombs their is gold and silver glitter, and that is made of seaweed so when it goes down your bathtub the fish and other animals in the sea can eat it. I love the Bath Bombs the best, because of all there different colours and how they fizz and pop in the bath. They are the BOMB [get it.. I am hilarious]

I will try to copy the Bath bombs from Lush as much as I can, but also put my own spin on them, When I bring my presentation into school, I am going to have tried to make a bath bomb for everyone in the class. Even if they don’t have baths they can put into a big bowl with water and play with it until it slowly disintegrates, I am of course going to have many trials and errors with them, but it will show that I have tried different things and persisted.

I will update you every 2nd week, and tell you about how my passion project is going, and where I am up to. 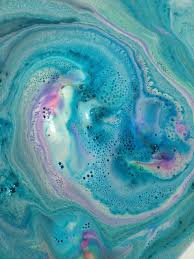 This week I will be telling you about how much I LOVE COOKING. Every time I go to he supermarket, I always get a cake mixture or brownie or whatever tastes good, I love when you put the milk and the eggs on top of the main brown bit of the mixture, and then it just looks so awesome when it is being made. The best part is licking the spoon [ even though you aren’t really meant to].

Very unfortunate times have come……….. our oven and stove are not working, so we cant cook cake or brownies or sausage rolls that we were planning to make yesterday. Our electricity went really funny yesterday, the lights were flickering our washing machine was making funny noises, and worst of all our oven and stove aren’t working.

Today I am telling you something personal about me.

I am not a big fan of makeup and all those types of things, but I really like the circle lip-balms called E.O.S it stands for evolution of smooth. You can get EOS from Geelong, America and probably a lot more places, the first time I got one was when a girl in my class went to America [ you can get them really cheap from there ] because her dad had the BOSTON marathon. She brought we back this really weird sphere kind of shape lip-balm, and because it was my fist one I thought it was a bit weird, then another friend went to America, and got me two, so I was pretty excited.

Right now I have 7 EOS out of the total of about 20, I am basically obsessed with them, one day a friend and I were really bored, and the teachers had just introduced us to stop it animation, so I decided to get the app

, and make a video with my EOS. About a hour later we had made about 12 videos using my EOS.

There are tones of different scents/flavours and colours, I have a pinky red-watermelon pink-strawberry sorbet orange-medical tangerine green-honey suckle honey dew blue-blueberry blue with white stripes-vanilla mint and last purple with white stripes- blackberry. My goal is to get all of them, but that will be really hard, because they are expensive, and sadly my mother thinks I already have too many.

Hey readers, do you have any EOS what flavours, what colours, what do you think about EOS?

This week I will be telling you my plan of attack to create my video for my passion project. I am doing a reverse layup, which is a layup in reverse in basketball, I am obviously going to have to do a video for it. I was thinking maybe I could have a video of me watching a video of how to do a reverse layup, and then I could go out and try bits of it. And also having a video of me doing a layup, and then 1 week later thing, and then for the end of the video I will have me being able to do the layup a few times in a row. Maybe I might be able to get one of my parents to video me doing one in a game, and actually making it. I am going to watch videos on YouTube, maybe read some basketball books, and google some good tips on SAFARI. I will be updating you every week about how my project is going and more of my plans.

For homework this week we have to tell you about something personal. About 2 weeks ago I got a dog, his name is Ted, he is two and a half , he has the same birthday as a girl in my class, except she is not 2.

I had been wanting a dog for a long time, but mum and dad weren’t exactly into the idea though. One night dad and I went for a walk, some how the conversation came up about getting a dog, and when we got home we were still talking about it, mum over heard our conversation, and said ” We are not going to get one but we could look at GAWS in Geelong”. [ G- geelong A- animal W- welfare S- society] We went and looked at the dogs the next day, there was a cute ”staffie” called ”RJ” but he was a bit too hyper and jumpy for my little sister. About a week later mum was looking on the GAWS website, she saw this really cute dog called ”RILEY”. The next day we weren’t doing anything, so the whole family went to GAWS, I saw ”RILEY” in a cage and he looked so cute, we had a meet and greet with him, because he is a ”greyhound” he used to race a lot but he was too slow. His owner came in a few days before we got him, and said to the lady at the desk, ”here’s the dog, his too slow to ra

ce so we don’t need him anymore” the lady asked what the dogs name was and he said ”dog 3”.

That was really sad because ”RILEY” would of been left in a cage smaller than the size of a car, and taken out to run 900m, and put back in till the next race, and his owner didn’t even have a name for him.

We ended up getting ”RILEY” but we had to change the name because we didn’t like it. If you run around the house he will chase you because he thinks its a game, the weird thing is he is really, really, really fast and if he was the slowest racing dog imagine the fastest. We were going to call thee dog ”SNOWY” because he has little white paws, and he is the opposite to white, but it sounded to much like no [ snow, no ] so we have called him Ted.

For this weeks homework, I am telling you something I really enjoy, or are really passionate about. If you read my blogs often,  you may know that I really enjoy, and am really passionate about basketball. But I also enjoy other things, I usually like to be outside, with a friend or playing basketball. I don’t usually enjoy just being at home doing nothing, I also really enjoy swimming, even when it is freezing. In Barwon Heads, there is a really good pier, when the tied is high enough, it is really fun to jump off, and also when the current is really strong, you can go under the pier, and  it pulls you across the water.

My favourite subject in school would be sport of course, but out of maths and English and those types of subjects, it would be maths. I really enjoy the maths tests, and figuring out answers myself, because it makes me feel proud, that after all that work I got my answer right, or I completed a test. And  all in all I like learning new things in maths, like last term,  learnt how to work out ” the power of/indices.

Dear readers for this weeks homework…. we have to do a personal post. My personal post is about… Basketball!!!!!

Basketball is my favourite sport, and I have been playing since I was 6 years old. I play in 2 teams, seagulls lime, is a domestic team, that I play on Monday nights, and train on Thursday nights. And my other team is Bellarine Storm, which is a rep team, and we play teams from all around the region. With storm I train on Wednesdays and Sundays, it is a lot more competitive than domestic basketball. About a month and a half ago, I tried out for this Bellarine storm skills training. About 20 Bellarine storm players tried out for it and about 12 got in, lucky enough I got in, but every Wednesday morning at 5:00am I have to wake up to go to the training which begins at 6:00am. The amazing thing is about the skills and the training we do, is that our trainer, played in the England basketball team for the OLYMPICS. she also played for W.N.B.L which stands for Women’s National Basketball League. She is now a fill in coach at Bellarine Storm, and sometimes when our coach is at another game, we are lucky enough for her to train us!!!