Today I will be talking about how Emily and I’s iproject is coming along. We are up to the filming stage and are catching up on the weekend, one of our many challenges was making a time to catch up, it was only difficult because we were both doing different sports and activities 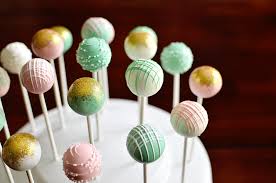 s on weekends and they were on at different times and it was just difficult. We originally had a drink and cake pops but we have decided it will take to long to do the drink because it is so big and choc-a-block, the cake pops will be still hard but it won’t take as long and as many goes if we just do one food. Both of us have never made cake pops before so we might have a few fails along the way, but that will also be good for our film, having some challenges that we have to pass through will look good in our film. I don’t think we will have multiple times that we attempt to cook because when it comes to cake pops they make about 12-14 with the mixture and hopefully it won’t be as hard as we think it will be to make. We will have a lot of different flavours and toppings so it will look very colourful and pretty.