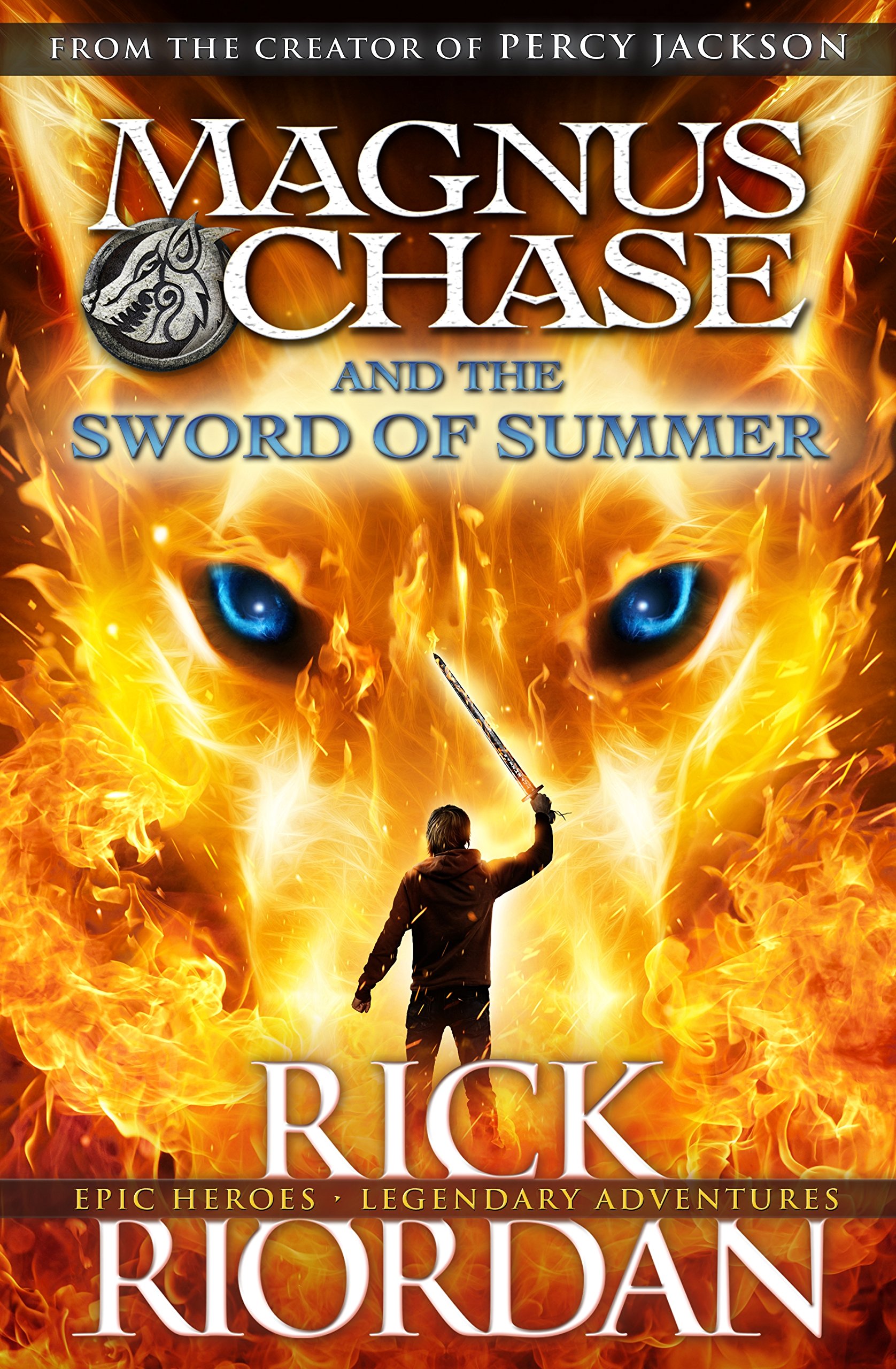 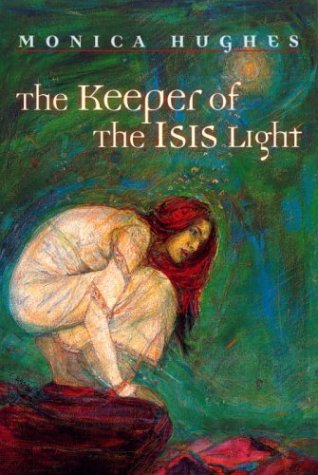 This book is good for anyone that wants a futuristic read. Its savage and funny.

Over the last couple of weeks we have been doing films on animals that are endangered and today I will be talking you throw every step we took to make them. The first stage we had to do was the planning stage which is the most important part of any film. The first step we did in this stage was choose our animal. We did this by going onto the zoos Victoria website and going onto one of their pages called the S.O.S 10. The S.O.S 10 is a list of 10 animals that the zoo has shortlisted as the ten animal’s they want to stop from becoming extinct. This list includes animals such as the lion the helmeted honeyeater, Elephants, Tasmanian devil and etc. All these animals have a special purpose to the world if it’s from keeping the eco system balanced to being internationally recognised. I choose the Tasmanian devil, because of its fierce reputation and how cute it is. The next step was to create a script about what we are going to say on our PTC and our voiceovers. After we did that it was time to go to the zoo. There we learnt a lot about different endangered spices and we film out PTC’s. But one of the challenges was that the Tasmanian devil is nocturnal which means it sleeps during the day and comes alive at night this made it very hard to get footage because we could not see it. But we did be a fifteen second glimpse of one coming out of a log and stretching and in the end we just got all our footage of the World Wide Web. The next stage was the editing stage which was not a big challenge for me because I did not encounter any challenged except that I had to get lots of footage of the internet. After that we had to show our film to five other people and they had to give us constructive feedback on what we could improve in our film. After implementing our feedback we had  to submit it to our teachers and let other people watch it and they had to tell us what we did go here is that feedback:

Tom- I think the facts were really strong and how you said it was strong as well.

I liked the emotion in your voice. I also like tthe facts and your choice of imagery – Rory

I like the start with the text. You have good footage and I learnt alot about how devils die-Emma

I like how you made the music happy as many have sad songs, I love your facts you have included. Nice Photography. -Jade

you have really good footage and a clear message-elsie

I love your start. The humour is good. I think the emotion in your voice is great. You made me care about the animal- Emmy

I liked how you made us care about the animal-MAX

I really liked the music and the emotion in your voice overs. The facts are really good and the footage is really cool you also made me care about the animal. – Nick

Very good. I liked the intro and the words that were on fire.- Jacob

Great emotion you used in your voice-overs. The music you used suited it really well. I love the facts you used. Well done – Steven

And here is my finished product-

So after two weeks I have finally finished my planning stage. So today I will be doing my #planning post to finally settle this maddens for good…

I won’t need that much for this project because I already have most of the stuff that I need except for a really spicy hot chilli sauce.

Most of the shots in my Passion project are close ups except for one which is a mid-shot of me doing my forfeits.

The next step for me is to build a small set up and do my production and then edit and share it. Throughout the last two terms, we have been doing passion projects which if you would have keeping up with my blog you would know about (if not you can go back through my blog posts and find out). In the first term in did soccer films and in the second I did soccer challenges with Isaac and jack. And you might be wondering why my blog post has been finished so late. Well I have had no ideas on what do, my first idea was to do soccer goals and trick shots but I decided that a couple people have already done that. Then I went to school the next day and asked Tom, Harry and Callan and we came with a couple of ideas. The first one was too make a news report on soccer like Angus did and the second was to make a FIFA 17 video and I decided to do that even though I would have to buy a Elgato (a devise that records gameplay off your gaming console). After finalizing my and narrowing it down to playing three games of FIFA and if I lose one of them I will have to do a forfeit.

The purpose of my passion project is to do something that no one has done and do something I like and want to share with other people.

And I think the message is that games are fun ???

My passion project is for people who like watching soccer and people doing gameplays of FIFA and other games.

I am really looking forward to filming my passion and the editing it because filming it will be fun and I like editing.

Yesterday we did a thing called “choice day” where you could chose out eight or nine different subjects and we will do them for two hours with the year fours, year fives and the year sixes. I chose sim city.  The first thing we did was play a game called electro city. This was an ok game because I could ruin my city by turning my rivers into trash dump and forests into nuclear power plants. And the point of the game is to keep your city environmentally friendly (which I failed every time) while generating heaps of power (which I did spectacularly). When we were done with that we played sim city EDU which we all thought was sim city but was actually a fake. Because it had the graphics of a potato and all what you could do was build stuff related to power. I finished all the challenges early so then I destroyed all my city except the hospital and then I built heaps of coal power plants around it and industrial zones and there was so much pollution in the air that everybody died. And lived happily ever after.

It’s finally done after 10 weeks of planning, production and editing we have finished Passion project film on soccer challenges. Today I am going to be talking about the highs and the lows and answering some questions.

Did your product turn out the way you had intended?

Kind of because all our production went good we were pretty organised and our editing turned out as we wanted it to. But our completed film went longer than expected because jack came into our group at the last minute and that made it a bit longer.

What do you feel you have done well?

I think our production went pretty decent because it did not rain and no body ran behind the soccer goals even through there was one soccer game going on the pitch directly next to us and there was a footy game going on right behind us. But you could hear people cheering sometimes.

What do you think you could have improved on?

What did you learn through this process?

I think I learnt always remember to turn your microphone on because I made this mistake so our audio quality is not the best but luckily enough the microphone on the DSLR was ok.

What do you need to do better next time?

I think I need to turn on the mic next time

That’s all for today but I will be back in a couple weeks doing a new passion project on a different topic.

Over the last couple of weeks we hav been working on a Project called “Geelong By Kids For Kids “.

This task is too an Advertising/promo film about Geelong. And when these promo films are done the teachers will send a couple to a tourism company called tourism Geelong and the Bellarine. But the films have to be for kids and they had to be no more than 90 seconds long. The first thing we did was brainstorm some ideas about where we could go. After that the teachers narrowed all the ideas down to about eight or nine locations. Then they chose where all the classes will go .6A went to Super Tramp  and Torquey 6C went to eastern beach and 6B ( the class I am in) went to Balyang sanctuary Lesurlink  the Bike track at Balyang sanctuary and the Barwon river playground. Then we were all put into groups of pairs that we will film with on the day. Then we decided with Mrs Stafford what props people are going to bring. Then we got into our pairs (I am with jack) and we did our shortlists. Finally a week later it was the day to film first we went to the Barwon river playground which I think was successful for us because we got all the shots we needed. Then we got on the bus and took a thirty-second drive to balyang sanctuary me jack only had to shots we wanted to do. When we all got our shots we walked to the Bike Park. There we got lots of cool shots. But me and Jack forgot to ask for a tripod so all our footage is shaky. After that we went to Lesurlink and we took heaps of shots with my go pro we think we go 3x more footage then was on our shotlist. When we got back to school at the end of the day it was time to take all the footage we got that day and put of the camera and onto our computers. This was really troublesome because I did not have enough space on my computer and after trying everything from putting on the K drive to soring it on an USB nothing had enough space. After fixing that problem by leaving half of it on my computer and half of it on the SD card it was time to cull which is deleting un-wanted footage. After deleting lots and LOTS of footage it was time to edit. I found this quite easy because I had already culled lots of footage. After I finished that it was time for feedback most of mine was good except for my music which only got one ticks from everyone that saw mine. After that I Implemented feedback all I did in that was change my song. Now my Promo film is COMPLEATE AND HERE IT IS HOPE YOU ENJOY.

over the last week I have been making a book trailer on Harry Potter And The Half-Blood Prince. The really hard thing was turning a six hundred page book into a one minute book trailer. Because there was so much important information. But I only chose about the the top thirteen. I hope you enjoy it :):):):):):):)