My Life As An Alphabet by Barry Jonsberg

Candice Phee is a girl living in the small town in Queensland, Australia called Albright. She’s a very unique twelve year old who likes to write pen-pal letters to her American penpal Denille, (who hasn’t replied once), has a pet fish called Earth-pig fish (who she and her Rich Uncle Brian won at a fair) and her best friend Douglas Benson From Another Dimension. She loves to make everyone happy and loves to fix everyone who’s broken inside. She is very, very honest and sometimes un-noticeably rude… But her intentions are the best from her surroundings. She has dark, ‘dirty’ blonde hair with freckles all over her body. She has no other siblings, an only child, but her mother is still saddened about her younger sister Sky’s cot death. Her father and his brother (Rich Uncle Brian) don’t get along. Her only friend Douglas thinks he was born in another dimension but is stuck in her world. He has also fallen hopelessly in love with Candice, and asks her to go back with him (which doesn’t end like he planned). He thinks jumping from a tree will take him back to his ‘space parents’ . He got injured but apparently it worked perfectly but he came back for Candice. Candice is scared of heights so he’s finding a way to get her back without heights After his recovery she finally got her pen-pals first letter. After her 21+ pileup of previously unread ones and Douglas cheesy love remarks..

The book I am currently reading is Wonder by R.J. Palacio. I am re-reading this book for the third time but I love it so I don’t mind one bit. I highly recommend this book. If you’re looking for something very deep and eye opening read this amazing novel. Once done, I suggest reading Pluto, his childhood friend, Christopher’s, perspective and Shingaling which focuses on his classmate, Charlotte’s perspective. I have not read them but plan to.

My character analysis is on the main protagonist, August or Auggie (nickname). The character has “mandibulofacial dysostosis” or more commonly called a cleft palate or Treacher Collins syndrome. He also has many other face abnormalities. When the book started he was a 10-year old living in Manhattan. He is usually stared at and bullied for his features. That’s why Halloween is his favorite time of year. Other than Halloween occasions when he was younger he would wear a spacesuit helmet out in public to avoid rude staring and mistreating. His family members are (Oli)Via, Isabel and Nate Pullman (parents). They also have their dog Daisy.

His personality traits are..

I literally love this character. He is very misjudged by almost everyone in the book though. Except for his best friend Summer and after a series of change his fake friend Jack, also becomes his best friend. The main bully and antagonist is Julian, who often puts him down for his looks and is mean to him lots. He has 2 friends who he’s known forever and one special bestfriend called Christopher. He moved away though when they were 7. The first classmates he met were Charlotte, Jack and Julian. He’s been through lots in his life but he still was slightly keen on not doing homeschool and facing the real world more. It’s a really great story and has many great morals.

Reading is like understanding a person you never personally knew. Novels are my favourite type of book. My favourite genres of books are Family & Friends, Non-Fiction, Comics, Humour and some Young Adult books. I am a very wide-ranged reader. I enjoy when i have a book that I wanna relate to. My reading habits are pretty normal in my opinion. I read about every single day for about 45mins. Also, really big books put me off.

My current reading book is a book made by AsapScience, a youtube channel made by Mitchell Moffit and Greg Brown, made a book from their best findings and explanations of phenomena across the globe.

I’ve been literally hooked previously to these Choose Your Own Ever After Books.. My favourites are How To Get To Rio, Play The Game (netball) and A Hot Cold Summer. You can find them and others in the Family and Friends section in the school library. Highly recommended for girls 🙂 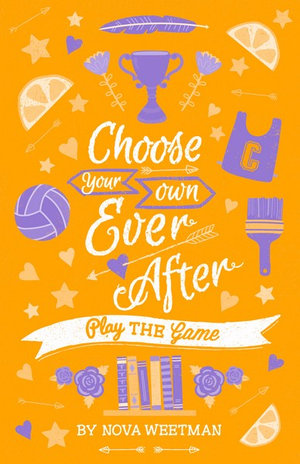