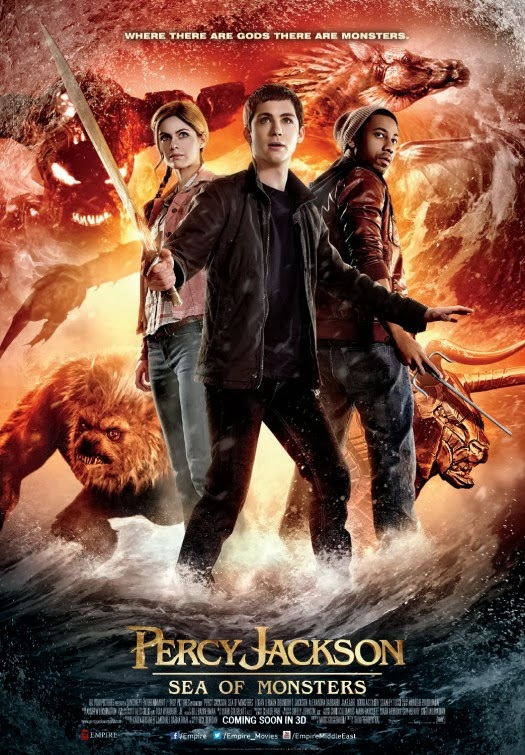 This book is called “Percy Jackson Sea of Monsters.” I have only read a bit of it but it starts off with a teenage boy Percy and he’s with a friend named Grover. Percy and Grover are half bloods, half bloods mean that they are half human and half something else. Grover is half human and half goat. Percy can hear Grover’s hoofs clocking on the ground fast. He must be running away from something. RUN!! Grover shouted. Some mythical beast is chasing after him. I have the movie recorded on my TV and I have seen it all. Very interesting, I wonder if the book is better.

For this post we have to do a Digi Teaser! It’s where you tease out to the audience some of the stuff that we have done in our Digi. The information on Mr. Henderson’s blog page is.”Your project should just about be completed by now! You will be presenting it in just over a week. Get us excited about your project by ‘teasing’ some information / images to us. ”

We have done EPIC flips and we can’t wait for you to see!

We have filmed the class doing flips 1 by 1.

But we will do more.

Here is and image on one of our best flip on our film.

And one more thing…

This is an update post for our third Digi-AU. The information on Mr. Henderson’s blog page is:

You are over the half-way point now. Eek! How has your project changed since your proposal? What have you achieved so far? What have you found interesting… challenging… fun? Include an image (or screenshot) to show evidence of your learning.

If you haven’t read my previous posts then go back now!! You need to read them in order. So I am working with Harrison and we are doing bottle flips. Our Project hasn’t changed a bit. We will probably (DEFINITLY) not change our project.

We have achieved a lot of flips, and I’m not going to tell you the bottle flips that we’ve done ’cause there’s too many. We have achieved making our first draft of the video.

We have found a lot of things interesting. For example, some incredible flips that other people have done, like “That’s Amazing.”

Basically every flip was challenging. Like the intro. I’m not going to tell you it… YET!

I’ll just take a snip of the film and put it in.

The first thing that we did to create our film was choose our animal from SOS10 website, why we chose that animal, researched animal and wrote a script using facts.

I chose the gorilla because they are closely related to humans with 98% of our DNA identical to that of homo sapiens.

Then we had the excursion to the zoo. What went well and what didn’t go to plan. Problems encountered and how did you problem solve,

I got great footage of the gorillas. but my piece to camera was alright because someone in the background said “Do a flip!” So there is nothing I can do now.

Then we came back from the zoo and we had to edit. Successes and challenges.

It was quite easy to put the footage in. But I got most of the footage off the K-drive. And I forgot to put it onto my PC, so I got the black and white lines of DOOM!!!

Your voice overs were clear – Ben

The quality of some of the shots was really good and the pauses you used suited the film. Also the music makes the film seem even more sad and the footage was really good.-Callan

Tom- the music suits the film. The message was strong.

it makes me care about the animal – spencer

Your voice overs were great your piece to camera was great, and you made me care over all it was great – Sam

Surely you will be doing some research for this project (if not, then it mustn’t be very challenging for you). Tell us what research you’ve been doing (reading, experimenting, watching YouTube tutorials etc).

If you haven’t read my other Digi-AU post, you will not know what I’m doing for my Digi. I am doing bottle flips with Harrison and maybe Owen will film. Harrison has made a word document about all the flips that we are going to do. Some are REALLY hard, but I’ll do it for you guys. 🙂

Harrison and I have been looking at some YouTube videos to get ideas on what flips to do. Harrison and I really enjoy a YouTube channel called “That’s Amazing.” You should check out their channel. Trust me… THEY’RE INCREDIBLE, or… AMAZING. They have made 3 bottle flip videos so far.

So that’s all that I have been researching.

This term we are doing a third Digi! This is our first Digi post. And we have to explain to you what we are doing for the Digi and how we are going to challenge ourselves. We also need to amaze our audience and we need a message.

My Digi-AU is with Harrison and we are doing bottle flip trick shots. The message is called “Take 3 for the sea.” It means that we need to take 3 pieces of rubbish to keep our beaches clean.

I think that this is going to amaze the audience because this has a good message and it is really fun.

On Thursday 15/09/16 we did a fun project called “Choice day!”  We had to choose which activity to do. Then the teachers chose for us.  I did Sim City. When we were there, we didn’t play Sim city straight away because Mr. Cam wasn’t there to download it for us. So instead of playing Sim city, we just played a game called “ElectroCity”

What did you learn?

I leant how to play Sim city and ElectroCity. The only bad thing about Sim city is that you couldn’t play freeplay.

What did you enjoy?

I really enjoyed ElectroCity, but Sim city was just bad. I think they should improve it next year. If there is a choice day next year.

It was fun. There weren’t any problems with them.

This is our final Digi-AU post! Mr. Henderson said that it doesn’t have to be that long. I will put the link to my Digi at the end of this post.

Did I really challenge myself?

I think I REALLY challenged myself. It was really hard trying do the exact time for some of the objects that stay together.

Did I amaze my audience?

I think I did amaze my audience because the was some funny parts in it. Like when the deal with it glasses go on superman and when they go on Mr. Henderson.

For my next Digi-AU I’m going to do it with Harrison, The thing that we’re doing is bottle flips.

If you can’t click on it, just copy and paste it at the top left corner of the internet explorer next to the arrows.

In this post, we have to explain a reflection about our Geelong promo film. It has to be about the process of making the film.

So first we had a brief – Geelong by kids; for kids. Mrs. Stafford explained the exciting news that we all had to do. A promo film of Geelong.

Next, the teachers thought of our film crews while we thought of the locations to go to. There was 6 people per crew. 2 from 6A, 2 from 6B and 2 from 6C. the person who I worked with in my class was Olly. From 6A there was Aimee and Georgina. And from 6B there was Phoebe and Samantha.

Then, all the people in the film crews created a Shotlist of what we are going to do on the exciting day. Here is a photo of it… It appears that I can’t input a photo. Sorry.

Then, The teachers finally chose a location point for all of the year 6’s. For 6A, they went to Supatramp and Torquay. 6B went to Lesiurelink and Balyang. And 6C went to Eastern beach and the Geelong library.

We finally got some footage and then we started to edit that footage. Like culling and converting.

Now we put all the footage together and get some music for the film because we don’t want to listen to nothing, don’t we. The footage has to be about 2 to 5 seconds long.

Then we got some feedback sheets and got feedback from people Then after that we had 1 more feedbackto see the improvement or something.

That is the process of making our Geelong for kids; by kids film!

This is now our second blog post about our RVE country. I chose Saint Lucia. It’s pretty obvious why I chose that. Because its half of my last name. Saint Lucia, Santalucia. This is what we have to do in this post, it’s exactly the same as the first one.

I can’t upload an image because for some reason it doesn’t work. So… Sorry. I’ll have another try at home.

The per capita consumption of electricity in Australia is 9,485kWh while in St. Lucia it is 2,037kWh

This entry gives the average annual number of births during a year per 1,000 persons in the population at midyear; also known as crude birth rate. The birth rate is usually the dominant factor in determining the rate of population growth. It depends on both the level of fertility and the age structure of the population.

If I lived in this country, I’d probably leave the country straight away and try and find a pretty good country to live in, like Australia. But I probably can’t afford to move because you make 69.53% less money.

Another reason why is because you will be 19.6 times more likely to be murdered.